Various factors contribute to making Malta an extremely attractive country for foreign investment. Discover some of the reasons that make Malta the ideal jurisdiction to establish and manage your business.

Why invest in Malta?

Just like Tourism, Financial Services became one of the main pillars of the Maltese economy.

This activity is currently responsible for a significant part of the success of Malta’s economy that continues to reveal a growth above average, in spite of the current European economic context.

The Maltese economy is founded on industry, trade, tourism and financial services, which contribute significantly to the country’s economic development.

Despite the current economic situation in Europe, Malta continues to enjoy above-average growth in its GDP, thanks mainly to government investment in industry and the service sector, and direct foreign investment. The country continues to have a stable macroeconomic environment with low unemployment, and government deficit and debt under control.

In terms of industry, the government’s strategy has involved supporting operators’ in restructuring operations and helping them to internationalize their business, while also attracting foreign investors for high added-value export activities. Target sectors include electronics, pharmaceuticals, health, plastics and aircraft maintenance and other capital-intensive industries that offer high added-value per employee.

Tourism is another pillar of Malta's economy. The overriding strategy has been to sell Malta as an all-year-round holiday destination to attract visitors who appreciate its culture and history. There has been investment in other areas, like cruise ship tourism and conferences, as well as in other niche areas such as religious, sport and health tourism.

The online gaming industry has recently seen unparalleled growth and Malta is now home to over 300 international operators who represent 10% of the world’s online gambling sites. Similarly, there has been significant growth in information and communications technology. It is expected that the Smart City project, with an investment of more than $300 million USD to create a technological city, will transform Malta into a centre for excellence in the Mediterranean and create more than 5,000 new jobs.

Why invest in Malta?

As a European Union (EU) Member State since 2004, Malta offers:

Malta is located in the heart of Mediterranean Sea, between the European Mainland and the North of Africa. The strategic location of the country and its majestic natural harbours certainly explain why Malta, up to independency, has been looked for by the established powers that have exercised their dominion over the region as a centre of trade and a defensive harbour.

As a consequence, the islands have, today, a most rich and varied history. However, history could not explain, in itself, the yearly huge influx of tourists in the Summer. The heat of the sun, the clarity of the sea and the welcoming attitude of the Maltese people have also contributed to conquer the hearts of visitors. 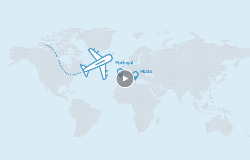 Are you planning to invest in Malta?

How we can help

NEWCO is an inward investment services provider in Portugal and Malta. With 30 years of experience, we are your one stop shop for investment and relocation services in Portugal or Malta.