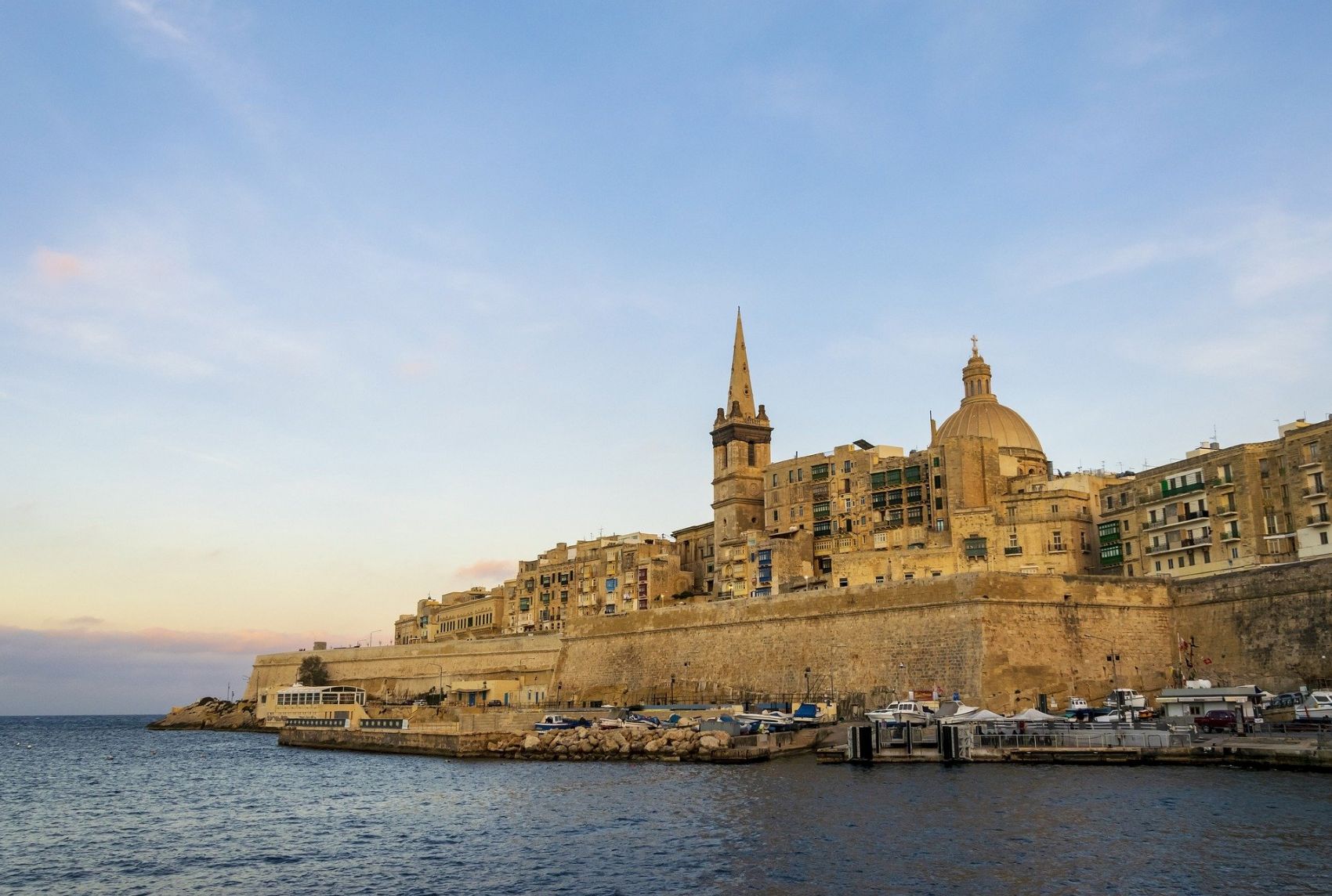 In recent years, Malta has positioned itself as one of the more attractive European jurisdictions for the set up and relocation of international businesses. Many entrepreneurs and investors come to Malta for the safe and advantageous business environment and stay for the good climate, outstanding architecture and natural beauty of this country.

In no other place is this combination of factors more evident than in the nation’s capital, Valletta.

Malta has always played a strategic rule as a naval base on the Mediterranean. Various regional powers - Phoenicians and Carthaginians, Romans, Greeks and Arabs - ruled and disputed the island.

The city of Valletta dates to the 16th century. Back then, the island of Malta was ruled by the Order of the Knights Hospitaller – a Catholic military order, charged with the care and defense of the Holy Land. After a grueling siege victory over the Ottoman Empire, Jean de Valette, the order’s Grand Master, set out to build a new city on the existing fortifications. The city took his name, being known as La Valletta.

Following occupation by the French, Malta became a British colony in the 19th. The long-standing effects of British occupation can be seen today, not only in the infrastructure and architecture, but also on Malta’s administrative, judicial and tax systems, heavily influence by Anglo-Saxon standards.

At just 0.84 km2, Valletta is the smallest capital city among EU states. Its metropolitan area is home to nearly 400.000 people, making it one of the densest populated cities in Europe. Nearly 95% of the population is of Maltese origin, while the remaining are mostly of British and Italian descent.

The climate is hot-Mediterranean, featuring hot, dry summers and wet, mild winters. Many historically and culturally significant building are found here, including the St. John’s Co-Cathedral, the National Museum of Fine Arts and the Auberge de Castille et Leon, which is now the office of the Prime Minister of Malta. The University of Malta has a campus in Valletta, offering international masters programmes.

Valletta has a qualified, flexible and bilingual (Maltese and English) workforce with advanced knowledge in other languages. A normal working week is 40 hours, and employees are entitled to 24 days of holiday a year.

Why Invest in Valletta ? (and Malta in general)

Several factors position this city as one of Europe’s top international services destinations. Being part of the Eurozone, Schengen Area, and the Commonwealth make Valletta the perfect gate for the broad European market. Malta is politically and socially stable, with a diversified economy focusing on the tourism and international business sectors, coupled with modern and sophisticated infrastructure.

The Port of Valletta is a natural harbor providing excellent logistics for international shipping and leisure cruises. A flexible and competitive tax regime for foreign investment and highly qualified working force provide many advantages when implementing and managing foreign businesses.

Malta has one of the EU’s most comprehensive Participation Exemption tax regimes, offering tax exemptions in Malta for dividends and capital gains related to a Participating Holding. The country also offers a vast network of double taxation treaties which present competitive conditions, and other treaties are currently being negotiated.

For a more comprehensive and detailed analysis of the advantages of the Maltese tax regime, we encourage you to read the following guide.