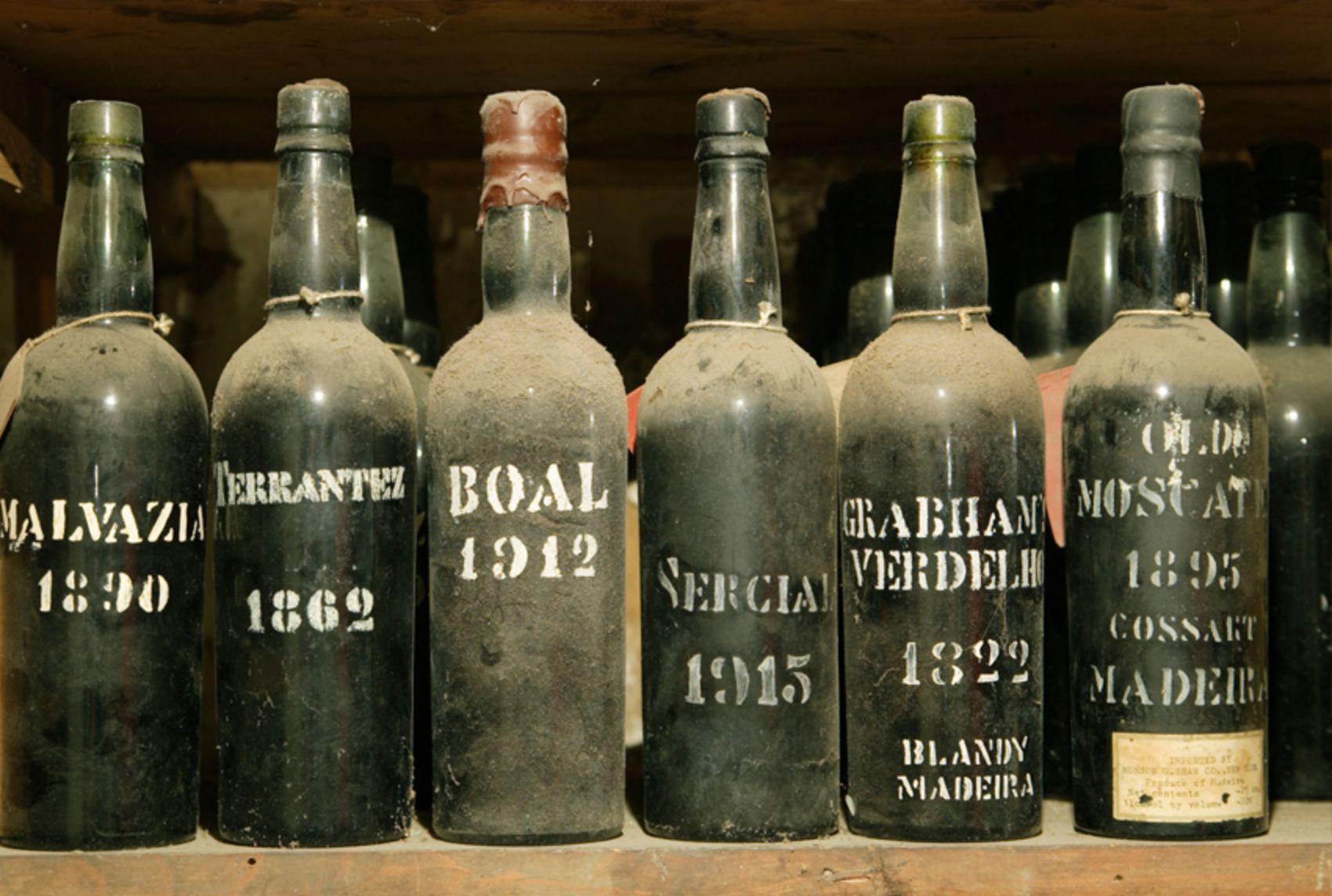 Madeira's steep hillsides are not the traditional setting for winegrowing. The island's orography does not allow for large-scale exploitation, forcing producers to focus on quality rather than quantity. Madeira Wine has a chequered, fascinating history and a promising future.

First, a little history lesson. Madeira island was discovered in 1419 by Portuguese navigators in the start of the Golden Age of Discoveries. A land until then practically untouched by civilisation, the first crops introduced into Madeiran soil were wheat, sugar cane and vines. According to historical accounts, the first grape variety planted in Madeira was Malvasia Candida, imported from the Greek island of Crete at the request of Prince Henry the Navigator. Later, other grape varieties such as Sercial, Boal, Verdelho and Tinta Negra were introduced.

Around the 16th century, Madeira's wine industry began to gain notoriety, supplying wine to the American colonies and taking advantage of Madeira's geographical location as a stop on the long sea voyages between Europe and the Americas. To prevent the product from deteriorating during the voyage, distilled cane alcohol was added to the wine, stabilising it. However, maritime transport had another side effect: the high temperatures at which the casks were stored in the ships' holds transformed the wine, giving its unique characteristics. It is this ageing process that distinguishes Madeira wine and makes it so appreciated.

Madeira comes from steep basaltic, volcanic soils, rich in acids and minerals such as iron and magnesium, which together with the proximity to the sea produce wines with high acidity and salinity. Most Madeira wines are produced from the Tinta Negra grape variety, while the white grapes used - the so-called "noble" ones - are Malvasia, Bual, Verdelho and Sercial. Terrantez is also used, although less frequently. The grape harvest is done almost exclusively by hand using traditional methods.

After fermentation Madeira goes into an ageing process called Estufagem. The wine is exposed to heat and air to recreate the tropical climate of past sea voyages. There are several methods of Estufagem. The most traditional and time-consuming, reserved for the best Madeiras, is Canteiro. This method involves storing the wine in wooden barrels exposed to the heat of the sun, aging it naturally for many years. This process gives the wine a legendary stability. Even an opened bottle retains its properties unchanged for several decades. It is a wine said to be "indestructible".

Madeira is mostly produced from Tinta Negra, the most widely grown grape variety in Madeira. This variety was, however, usually associated with inferior quality, being relegated to a second class behind the so-called "noble" varieties. The use of Tinta Negra in Madeira was made in secret, and its reference on the labels was forbidden. In recent years, the popularity of this variety has grown, and it is now frequently used for more sophisticated wines. Nowadays Tinta Negra is accepted as being on the same level as the so-called "noble" wines and is already appearing in a prominent place on labels, as exemplified by the Barbeito Single Harvest Tinta Negra 2007. The traditional styles of Madeira are homonyms to the 4 "noble" grape varieties which compose them: Sercial (dry), Verdelho (medium dry), Bual (medium sweet), Malvasia (sweet). Terrantez, with a degree of sweetness between Verdelho and Bual is less frequent as this variety was close to extinct on the island.

It is also important to mention Rainwater, a style much appreciated especially in North America. Rainwater is lighter than the traditional Madeira wine, medium dry and usually a blend of Tinta Negra and Verdelho. Legend has it that that its name comes from of an incident involving a shipment of Madeira wine destined for the American colonies that was stored incorrectly in a dock and became diluted by rain. The merchants, realising what had happened, sold the shipment as a "new style" of Madeira Wine and were amazed at the high popularity. And the rest, as they say, is history.

Madeiras may be sold as Reserve, Special Reserve or Extra Reserve (aged 5,10 and 15 years, respectively), Colheita (Harvest) or Frasqueira (Vintage - aged for at least 20 years in canteiro).

Madeira Wine is often considered an aperitif and/or digestif and drunk as such. Even so, its various styles, mixing sweetness and high acidity, go very well with sweet desserts, cheeses, and hot dishes, even of a citric or balsamic nature. For a unique time-travel experience, look for a Madeira Frasqueira, 20, 30, 40 or more years old.

Madeira Wine is just one of the many cultural aspects of Madeira Island - the World’s Best Island Destination since 2015. Not to mention the advantageous business environment! See our guide (below) or contact us for more information.

Why invest in Madeira